Welcome to my page. This place is for my students, sisters and brothers in the art and anyone else interested in Neijia-related topics.

I have been studying asian martial arts for over 30 years and pursuing this path has taken me all around the globe, and connected me with some amazing people along the way. It literally changed my life.
After a successful competition career in Forms, Pushing Hands and San Shou i now teach Wudang Practical Tai Chi Chuan all over Europe. 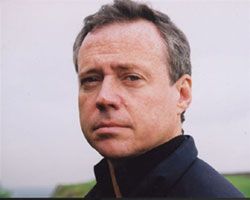 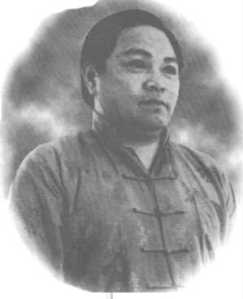 My lineage comes from sifu Dan Docherty – Cheng Tin-hung
(鄭天熊). After 10 years of japanese martial arts training, I started training with sifu Dan in 1998, and regard myself extremely fortunate. He is one of very few genuine teachers out there who works by both sword and pen. A background in the Hong Kong police force made tactics and applications very practical and clear to me.
Shortly after meeting sifu Dan I went to stay in SE Asia for a couple of years.

I lived in Malaysia where i trained and studied with sifu Long Wei-tak (龍維德) who was indoor student of Cheng Wing-kwong (鄭榮光), who in turn was indoor student of Wu Jianquan. I regard sifu Long as my grand old uncle in the lineage.
In Malaysia i was aslo exposed to the bladed arts of the malaysian archipelago, and have since then regularily practiced together with skilled exponents from kuntao and silat and cross-trained with Uncle Willem de Thouars.

In Hong Kong the style was known as “Cheng”-style, and “Practical Tai Chi Chuan”.
Sigong Cheng chose the name “Wudang” attributing the art of Tai Chi to Zhang San-feng, the taoist hermit who resided in the mountain area Wudang Shan. This took place way before the “wave” of Wudang martial arts we see today.

My involvement in Tai Chi in Europe eventually led to being a member of the executive board of the TCFE.

Martial arts subsequentially brought me into the healing arts of Asia, and i became a TCM acupuncturist through studies in Malaysia, China and Sweden. I have been working full time with TCM and Tai Chi Chuan for 20 years.

My approach
What is Tai Chi Chuan?
My teacher once said that it is philosophy in action.
I see it as a an martial art that, correctly practiced, will benefit all parts of life.

My main focus is to connect the dots in the different parts of the tradition, which i think should be seen as an integrated whole. There are no use in doing Pushing Hands drills if all that neuro-motoric training goes out of the window when practicing in sparring or in a more freestyle manner. If that happens you need to learn how to train correctly regarding speed and intensity. If this is not adressed, you will always fall back to your default previous mode. Whatever that is. In that light it is of importance whom you train with, what you “feed” each other with in practice and what kind of training culture you have. A good student is neither too harsh nor too easy on his/her training partner. Giving the proper stimuli is vital for development of skills.

Although proper feedback and context is vital, even more so is finding flow in a way that is consistent and continous.
Tai Chi Chuan also manifests some genuine tactics and strategies that are vital for any martial art. There is often talk about “opimizing”, “effective” and “hacking the system”. I believe it biols down to “minimizing risk and maximizing reward”. Doing both of them simultaneously will make you behave in a certain way that will have an effect on your opponent. Besides the martial side, that theoreme resonates well to what other animals do naturally – they move like they are menat to move – optimal. From a movement and health perpective this kind of training will have a vital and creative influence on long term well being.
If trained as the effective martial art it is meant to be, there are so much more to explore on this journey…so if you are up for it – join me!